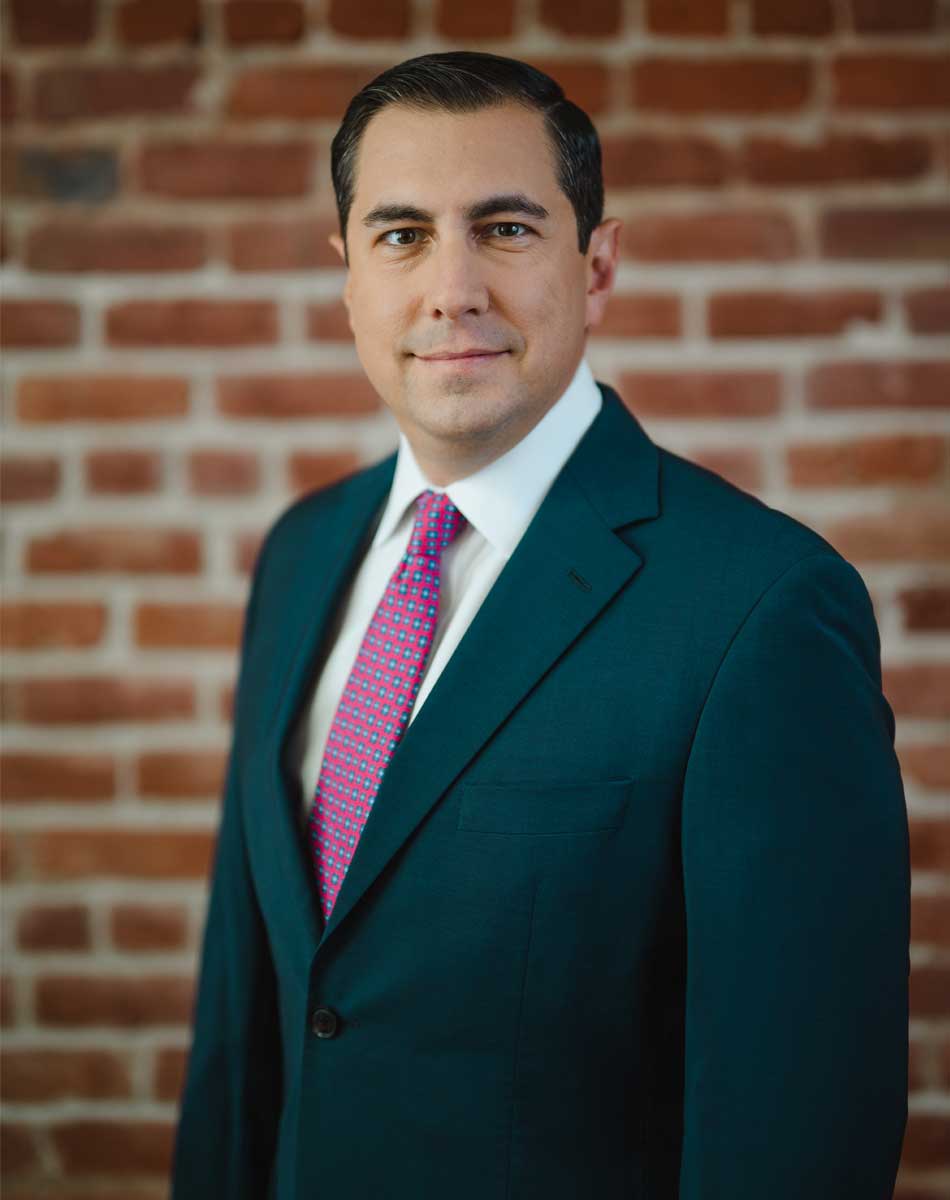 After nearly twenty years of practicing law at the highest level, Matt’s value added is bringing sophisticated legal representation to high net worth and high-profile individuals, and their businesses.  This requires more than just experience in the courtroom. It requires a holistic approach to guiding people through difficult situations. Matt has a long track record of complex dispute resolution – from handling trials and appeals in fraud and business disputes, to quietly and discreetly handling delicate and sensitive personal matters.

Matt is based in the Firm’s Palm Beach office but is also licensed in New York and Washington, D.C. His practice is nationwide, having appeared in courtrooms in Phoenix, Dallas, Arkansas, Chicago, Louisiana and California in just the past few years.

Following his cum laude graduation from George Mason University School of Law, Matthew moved to Miami, Florida, eager to take advantage of the area’s international lifestyle and entrepreneurial business environment. Matthew honed his legal analysis and writing skills during his clerkship for the Honorable Frank Shepherd of Florida’s Third District Court of Appeals. Before joining DLG, he owned and operated his own law firm and gained valuable litigation experience at the international law firm of Morgan, Lewis & Bockius, LLP. While at Morgan Lewis, Matthew defended Fortune 250 companies in employment and wrongful death suits, and the firm enjoyed the honor of being named American Lawyer Magazine’s Litigation Firm of the Year during Matt’s time as at the firm. He also worked for the well-known Miami litigation firm Isicoff, Ragatz & Koenigsberg, P.L. and was a partner at Conrad & Scherer, LLP in Fort Lauderdale handling fiduciary duty litigation on behalf of major investors in the now infamous Scott Rothstein billion dollar Ponzi scheme.

Outside of the office, Matt enjoys being very active in local and national politics. He served on the City of Miami Beach’s Community Development Advisory Board and the Board of Directors of the Young President’s Club at Mt. Sinai Medical Center Foundation on Miami Beach. He also co-chaired the 2009 and 2010 Jurisprudence Receptions for ORT America. He advises several local politicians and candidates, was active in ORT America and served on the Board of Directors of Yupro, Inc., d/b/a The Oasis, a non-profit that supports entrepreneurship and community involvement for 20 and 30 year olds. At the national level, he was active in Maverick PAC and remains active with the Republican National Lawyers Association. Matthew lives in Palm Beach Gardens, Florida, with his wife Rebecca, son Jack, and daughter Abby.

Matthew is the epitome of what a client advocate should be. He is knowledgable, responsive and fights for his clients’ rights. Once Matthew took my case, he never backed down and pushed for a great settlement. If I ever need to litigate again, he will be my first call.

Matthew Sarelson is among one of the most respected lawyers at his level of experience in the community. I have worked with Matthew on many cases and am aware of his outstanding reputation in the legal community among judges and lawyers. He consistently gets favorable results for his clients even if that means thinking out of the box.

★★★★★
Worked together on matter

I endorse this lawyer’s work. I worked with Matthew on eleven class action cases in 2007-2008 and found him to be extremely bright. He is a very hard worker and demonstrated his willingness to go the extra mile in many instances. Matthew is tenacious and works extremely hard for his clients.